To share your memory on the wall of Sheila Guy, sign in using one of the following options:

Sheila attended the Maryland School for the Deaf in Frederick, MD. After graduating she went to work for the Federal Government at the Patuxent River Naval Base as a graphic artist, until her retirement in April of 2019.

Sheila played softball for the Captain Sam’s and Pennies women’s team. She enjoyed spending time on the water, fishing and crabbing with her husband, traveling back to her school in Frederick, MD to attend homecomings, hanging out with family and friends, as well as vacationing at the beach. Sheila also traveled to Hawaii.

Due to COVID-19 the Funeral Services have been postponed at this time and will be rescheduled at later date.

In lieu of flowers, contributions can be made to the Maryland School for the Deaf, 101 Clarke Place, Frederick, MD 21701.
Read Less

Receive notifications about information and event scheduling for Sheila

Print
Due to COVID-19 the Funeral Services have been postponed at this time and will be rescheduled at later date.

We encourage you to share your most beloved memories of Sheila here, so that the family and other loved ones can always see it. You can upload cherished photographs, or share your favorite stories, and can even comment on those shared by others.

Posted Feb 26, 2021 at 02:44pm
I worked with Sheila at the Base Photo Lab and she was such an upbeat and kind person. My favorite memory is the day we were all in the conference room after a team building event and she taught us some "fun" words in sign language, I still smile at how hard we all laughed that day. I hope you and Brenda meetup in heaven and laugh and carry on.
Comment Share
Share via:
AD

Posted Feb 24, 2021 at 07:09pm
No words could express the loss of a loved one. Just know that the family is in my Thoughts and Prayers
Comment Share
Share via:
DC

Dinky and Tammy Connelly purchased flowers for the family of Sheila Guy.

Posted Feb 24, 2021 at 12:14pm
So sorry for your loss. I am one of the cousins from the Bucker Side of the Family. My sincere condolences and thoughts are with all of you at this most trying of times. RIP and God Bless.
Comment Share
Share via:

Posted Feb 24, 2021 at 12:13pm
So sorry for your loss. I am one of the cousins from the Bucker Side of the Family. My sincere condolences and thoughts are with all of you at this most trying of times. TIP and God Bless.
Comment Share
Share via: 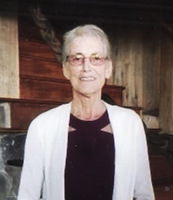