To share your memory on the wall of Michael Pfeiffer, sign in using one of the following options:

He graduated from South High School in 1966. Michael served in the United States Navy for four years. While serving in the United States Navy he earned the Vietnam Service Medal, Vietnam Campaign Medal with Device, Navy Unit Commendation, and National Defense Medal. In addition, he served aboard the Aircraft Carrier Bon Homme Richard. Furthermore, Michael, served in the National Guard for 2 years and Civil Service for 2 years. He was a member of the VFW. Michael enjoyed fishing, crabbing, woodworking, and spending time in the yard. Most of all he enjoyed spending time with his grandchildren and great grandchildren.

The family will receive friends on Thursday, April 1, 2021 from 9:00 AM to 10:00 AM in the Mattingley-Gardiner Funeral Home Leonardtown, MD. A Funeral Service will follow at 10:00 AM in the Funeral Home Chapel with Father Drew Royals officiating. Interment will be private.
Read Less

Receive notifications about information and event scheduling for Michael

We encourage you to share your most beloved memories of Michael here, so that the family and other loved ones can always see it. You can upload cherished photographs, or share your favorite stories, and can even comment on those shared by others.

The Chandlers and Josh, Paige, Emie, Grayson, and Everleigh sent flowers to the family of Michael Glen Pfeiffer.
Show you care by sending flowers

The Chandlers purchased flowers for the family of Michael Pfeiffer. Send Flowers

Posted Mar 31, 2021 at 05:38pm
Cathy and family, So sorry you had to lose Mike so soon. just know you are all in our thoughts and prayers always!
We love you and are here for you if ever you need us!
Rest in Peace Mike!
Vi and Family
Comment Share
Share via: 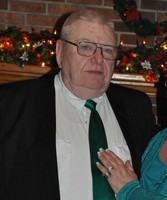