To share your memory on the wall of Lt. Col. Carl H. Dubac, USMC Retired, sign in using one of the following options:

Provide comfort for the family by sending flowers or planting a tree in memory of Lt. Col. Carl H. Dubac, USMC Retired

Provide comfort for the family by sending flowers or planting a tree in memory of Lt. Col. Carl H. Dubac, USMC Retired

Carl was a United States Marine Corps aviator and served with great honor and distinction for over 20 years. He... Read More
Lt. Col. Carl H. Dubac, USMC Retired, of Compton, MD passed away peacefully on Saturday, April 10, 2021, at the age of 88.

Carl was a United States Marine Corps aviator and served with great honor and distinction for over 20 years. He was a Vietnam War Veteran where he flew A-4E and A-6A Intruder aircraft in combat. He flew 274 combat missions (222 in the A-6A) during the Vietnam War. Carl’s combat awards include the Air Medal with 2 stars plus numeral 18, and the Navy Commendation Medal with “V”.

During his first tours, he flew F-1E/AF-1E Fury and F-8D Crusader fighter aircraft. In 1961, he entered Navy Test Pilot School, and after completion, conducted flight tests on Navy and Marine Corps operational/developmental aircraft for three years. He concluded his military career as a Test and Evaluation Engineer and Program Manager of Navy and Marine Corps aircraft systems and weapons requirements, retiring as a Lieutenant Colonel in 1976.

In 1977 Carl co-founded DCS Corporation, http://www.dcscorp.com, an employee-owned private company, which offers advanced technology and management solutions to government agencies in the national security sector. Beginning with five employees, the company has grown to about 1,800 employees at many different locations across the country. Carl was in a management role until 2010 and remained involved until his retirement in 2018.

Carl will be cremated and his ashes interred at Arlington National Cemetery next to his first wife and the mother of his children, Janet (Kinney) Dubac.

Funeral services with full military honors will be held at Arlington National Cemetery at a date to be announced.

We encourage you to share your most beloved memories of Lt. Col. Carl H. here, so that the family and other loved ones can always see it. You can upload cherished photographs, or share your favorite stories, and can even comment on those shared by others.

When you sit enthroned under the shadow of Shaddai, you are hidden in the strength of God Most High.

He’s the hope that holds me and the Stronghold to shelter me, the only God for me, and my great confidence.

He will rescue you from every hidden trap of the enemy, and he will protect you from false accusation and any deadly curse.

His massive arms are wrapped around you, protecting you. You can run under his covering of majesty and hide. His arms of faithfulness are a shield keeping you from harm.

You will never worry about an attack of demonic forces at night nor have to fear a spirit of darkness coming against you.

Don’t fear a thing! Whether by night or by day, demonic danger will not trouble you, nor will the powers of evil launched against you.

Even in a time of disaster, with thousands and thousands being killed, you will remain unscathed and unharmed.

You will be a spectator as the wicked perish in judgment, for they will be paid back for what they have done!

When we live our lives within the shadow of God Most High, our secret hiding place, we will always be shielded from harm. How then could evil prevail against us or disease infect us?

God sends angels with special orders to protect you wherever you go, defending you from all harm.

If you walk into a trap, they’ll be there for you and keep you from stumbling.

You’ll even walk unharmed among the fiercest powers of darkness, trampling every one of them beneath your feet!

For here is what the Lord has spoken to me: “Because you have delighted in me as my great lover, I will greatly protect you. I will set you in a high place, safe and secure before my face.

I will answer your cry for help every time you pray, and you will find and feel my presence even in your time of pressure and trouble. I will be your glorious hero and give you a feast.

You will be satisfied with a full life and with all that I do for you. For you will enjoy the fullness of my salvation!”
- Psalm 91 💗 ... Own it!

Who, then, is allowed to ascend the mountain of Yahweh? And who has the privilege of entering into God’s Holy Place?

Those who are clean—whose works and ways are pure, whose hearts are true and sealed by the truth, those who never deceive, whose words are sure.

They will receive Yahweh’s blessing and righteousness given by the Savior-God.

They will stand before God, for they seek the pleasure of God’s face, the God of Jacob. Pause in his presence

So wake up, you living gateways! Lift up your heads, you doorways of eternity! Welcome the King of Glory, for he is about to come through you.

You ask, “Who is this King of Glory?” Yahweh, armed and ready for battle, Yahweh, invincible in every way!

So wake up, you living gateways, and rejoice! Fling wide, you eternal doors! Here he comes; the King of Glory is ready to come in.

You ask, “Who is this King of Glory?” He is Yahweh, armed and ready for battle, the Mighty One, the invincible commander of heaven’s hosts! Yes, he is the King of Glory! Pause in his presence
💖💞💖
- Psalm 24: 3 - 10

Posted Apr 16, 2021 at 09:35am
Carl was unforgettable, from his jubilant and genuine greetings, to his attitude of service for those he worked with. I believe he made it one of his goals to acknowledge every single person in his company. He always had a smile that touched his eyes, and he seemed to pull humor into almost any situation. I will always remember how kind, caring, and generous he was. DCS won't be the same without his warm-hearted and commanding presence.
Comment Share
Share via:
FS

Posted Apr 15, 2021 at 03:28pm
My wife Mary and I first met Carl Dubac at a DCS Christmas Party shortly after I joined DCS. Five years later we saw him at another DCS Christmas Party and he said, "Fred and Mary, so good to see you again!" The fact that he remembered both of our names, after such a long time, amazed me and truly impacted upon me the fact that Carl always put people first. A great leader, a visionary, and American hero, he will be sorely missed and never forgotten.
Fred Severson
Comment Share
Share via:
KT

Posted Apr 15, 2021 at 09:06am
I had the honor and privilege of knowing Carl having started with DCS back in 1999. He was definitely a force of his own. I will always remember him for his smile, his infectious personality, and his laugh. He would come to Michigan to give talks about the ESOP and everyone always loved to see him. He made everyone feel like they were special and part of something unique. He will be greatly missed. Thinking of all his family and friends as you celebrate his remarkable life.
Comment Share
Share via:
TW

Posted Apr 14, 2021 at 01:40pm
My heart is broken to hear about Carl's passing. I feel I have lost not only an incredible friend but someone I considered family. Carl was my mentor, my hero, and one of the nicest men I have ever met. No matter what kind of a day I was having, just seeing or talking to Carl would make it all better. If he knew you, he made you feel like you were family. I have so many fond memories of Carl that I will cherish forever. My heart goes out to Franziska, Karen, Carl M., Kathryn, Curt and all of his family and friends and DCS family. Carl loved his family so much. You have my heartfelt sympathies. The loss of someone so dear is never something easy but anyone that ever knew Carl will never forget him. He was one of a kind.
Comment Share
Share via: 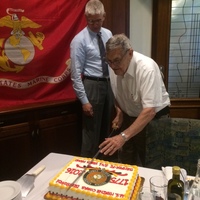 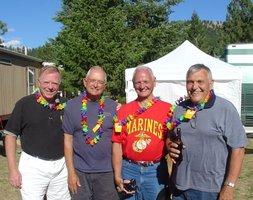