To share your memory on the wall of Linda Davis Hall, sign in using one of the following options:

Linda is survived by her loving husband Cleveland Dwight Hall, I, whom she married at Mount Moriah Baptist Church in Washington, D.C. on February 16, 1973; her children Sharmayne Hall Brooks (Oscar), of Harlingen, TX, Rachel Marie Hall, of California, MD, Felicia Hall Rubio (Michael), of Fort Worth, TX, Cleveland D. Hall,II, of Owings, MD, and Rebekah Hall Evens (Joel), of Spring Hill, TN; her siblings Kathleen West, of Stafford, VA, Joan Davis, of Baltimore, MD, Susan Evans, of Stafford, VA Peggy Littrell, of Portugal, and Paul Davis of Bladenboro, NC; her 10 grandchildren and 1 great-grandchild. In addition to her parents Linda is preceded in death by her two sisters Marcia Davis and Bonnie Davis.

After graduating from Gar-Field High School in 1961, Linda attended Ouachita Baptist University for 5 years where she graduated in 1966 with a B.A. degree in Journalism, and a B.S. degree in Home Economics. In 1973 she moved to the county and worked as a teacher for PG county, DC, and St. Mary’s county public schools where she then retired in 2012.

Linda’s favorite things in life were spending time with her family especially her children and her grandchildren, gardening, sewing/quilting, scrapbooking, genealogy, canning and freezing, reading and watching jeopardy.
Read Less

Receive notifications about information and event scheduling for Linda

Print
All Funeral Services will be private at this time.

We encourage you to share your most beloved memories of Linda here, so that the family and other loved ones can always see it. You can upload cherished photographs, or share your favorite stories, and can even comment on those shared by others.

Plant a Tree in Memory of Linda
Plant a tree 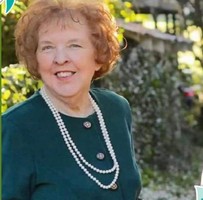