To share your memory on the wall of Robert Guyther, sign in using one of the following options:

Robin married Darlene Ann Tucker Brown on November 11, 1983, and they had 37 wonderful years together before his passing. There were no children born of the marriage but Robin acquired a stepdaughter and eventually a grandchild and great-grandchildren as a result of his marriage to Darlene. It amused him that he became a grandparent before his mother.

Robin was born and raised in St. Mary’s County, Maryland, and his roots go deep there. He graduated from Leonard Hall School and Ryken High School, and obtained his degree from St. Mary’s College of Maryland. He earned his masters in land planning at the University of Virginia. After high school and during his college days he worked as a reporter for the local newspaper, “The Enterprise”. For many years he worked at St. Mary’s County’s Department of Planning & Zoning and later he worked at Land Use and Growth Management, where he was director of the permits and inspections department. In recent years he worked part-time at the County’s Museum Division, a job he enjoyed, especially when it was busy. He got to tell people about the County he loved. He was also self-employed doing marine construction permits.

Robin had many interests outside the workplace. He was an excellent photographer and produced many beautiful photos of the local scenery and the scenery of the many places he and Darlene visited, from the glitz of Las Vegas to the majesty of California and the Pacific Coast and the grandeur of old castles and churches in Alba, Italy. In his 50's he returned to his love of music, brushed up on the old guitar, and performed in many local venues as a solo artist and with the band “Geezer”. In addition to performing, Robin wrote songs, including one entitled “Maryland’s Mother Is Like No Other” which includes all the place names in St. Mary’s County. He was a member of the Leonardtown Lions Club, Southern Maryland Traditional Music & Dance, and Friends of the Piney Point and St. Clements Island Museums.

Robin Guyther was a kind and patient man. He was friendly and outgoing. He could be accosted on the street by a stranger, new in town, asking for some direction, and Robin would make a friend of him. He will be greatly missed by all who knew him.
Read Less

Receive notifications about information and event scheduling for Robert

Print
All services will be private.

We encourage you to share your most beloved memories of Robert here, so that the family and other loved ones can always see it. You can upload cherished photographs, or share your favorite stories, and can even comment on those shared by others.

Posted Jun 20, 2021 at 10:29am
What beautiful words. Darlene and Amy, I was sorry to hear of Robin's passing. In any of the dealings I had with him, professionally or just bumping into him in the streets of Leonardtown - it was plain to see he was a warm and friendly person. May his memory be a blessing to all of you.
Comment Share
Share via:
AD

Posted Jun 16, 2021 at 05:57pm
Darlene, prayers for you and all family. We didn’t see you guys much, but Robin was always friendly. He will be missed by many for sure.
Comment Share
Share via:

Posted Jun 16, 2021 at 04:54pm
Many thanks to Robin for your friendship over the years. Many more are the days behind us than ahead and the days get sadder as more and more friends leave us. Condolences to the family. Many blessings my friend.
Comment Share
Share via:
J

Posted Jun 16, 2021 at 02:04pm
Dear Darlene and all of the Guyther Family, please accept my deepest sympathies for your loss. Robin was such a friendly, down-to-earth and helpful person. He will be truly missed and remembered. Warmly, Jan Briscoe
Comment Share
Share via:
MC 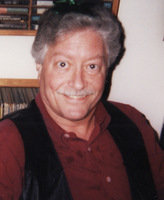