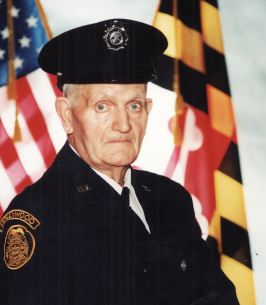 William “Bill” Earl Jones, Sr., 92, of Hollywood, MD passed away on June 24, 2021 in Leonardtown, MD. He was born on March 13, 1929 in Baltimore, MD and was the son of the late Alberta Russell Jones and William Lester Jones. After his parents’ death at six years old, he came to live with and was raised by Bernadine and Lawrence Raley in 1935. Bill was the loving husband of the late Maude E. Jones, whom he married on April 18, 1952 in St. John’s Catholic Church, and who preceded him in death on August 3, 2003. Bill is survived by his children William E. Jones, Jr. of Hollywood, MD, Elizabeth A. Schmidt (Jerry) of Brighton, TN, and Nikki A. Trossbach (Sonny) of Dameron, MD, four grandchildren, five great-grandchildren, and one great-great grandchild. He was preceded in death by his children Leonard R. Jones and Patricia D. Jones, as well as his siblings Alice B. Cutlip, Joseph L. Jones, and Mary L. Franco.

He was a lifelong St. Mary’s County, MD resident and a graduate of St. Mary’s Academy in 1948. Bill was a Federal Police Officer at Patuxent River Naval Air Station, retiring on March 31, 1991. Furthermore, throughout his life he farmed, was a Park Ranger at Point Lookout State Park, worked security at PEPCO Power Plant, and drove a school bus.

Contributions may be made to the Hollywood Vol. Fire Department at P.O. Box 7, Hollywood, MD 20636.