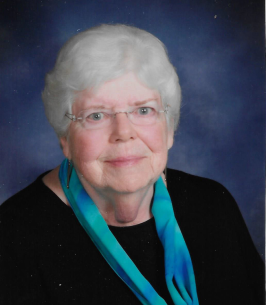 The midwife predicted the baby girl born in Sioux Falls, South Dakota with a caul on April 6, 1938 would be gifted with clairvoyance. She may or may not have had “the gift,” but LuAnn Libert Miller did live a blessed and charmed life. Her mother, Eleanor Sutton Libert, was delighted to spoil her only daughter. Her two older brothers, Don Libert of Columbus, Ohio and Jack Libert of Philadelphia, Pennsylvania, tormented her and protected her in equal measures. Her father, Bernard Joseph Libert, stressed the importance of education and encouraged LuAnn to work before marrying to prove to herself that she could make it on her own, which was unheard of in 1960. She graduated from Trinity College and worked as a teacher. Her brothers’ wives, Jo Libert (wife of Don) and Ronnie Libert (wife of Jack) became good friends and like sisters. She outlived her brothers and Jo, passing away June 20, 2022 in Leonardtown, Maryland with Ronnie now carrying the torch for their generation.

Her entire world changed one day in 1959 with a terrible blind date. He was a cadet from the Naval Academy who cared more about the football game than he did his attractive date. She agreed to a second date only because her girlfriend begged her to. Charles Perry (Chuck) Miller III was much more attentive without a football game to watch and successfully captured LuAnn’s heart. They dated for two years before marrying on September 16, 1961 in Washington DC, but had spent only a handful of days together due to his deployments for the Navy. Thus, started her life as a Navy wife, a life very different from what she expected, but found the strength to embrace and ultimately love. Their love story spanned 60 years and took them to over 10 states ranging from Connecticut to Hawaii before retiring in their beloved Dolphin House on Breton Bay in Maryland.

While her husband Chuck was frequently away at sea on a nuclear submarine, LuAnn was birthing and raising six babies. She managed a home filled with headstrong, intelligent, and very independent children – alone – as a woman – in the 60s; quite the feat and a testament to her perseverance despite constantly encountering “what does your husband think” comments. Meanwhile, she worked as an elementary school teacher, a Montessori teacher, and then many years managing the Public Affairs Department of George Mason University.

She raised her children to be individuals, pursuing their own personal interests with a love of God and deep compassion for others. The oldest, Charles “Chip” Miller IV (Hampton, VA) pursued computers before computers were cool and married the most intelligent and focused woman he ever met, Carol Miller. Maura Genaro (Cape May, NJ) was the most athletic of the bunch, and together with her husband Tony Genaro, owned a fitness center before settling into careers of X-ray technology and Law Enforcement, respectively. Malia Pappas (Lewisberry, PA) had the pleasure of working with LuAnn at George Mason University before launching her own technical career at Bloomberg and marrying her soulmate, Steve Pappas, retired from the US Air Force. Misty Decker (Rhinebeck, NY) was known as the smart one, leaving a future in mathematics to pursue a career in mainframes at IBM and now Micro Focus, picking up her brilliant husband Mark Decker at IBM along the way. Megan Miller (Sterling, VA) always stood out as the most creative, choosing to use her powers for good in a career in the arts as a performer and marketer/web developer for National Wildlife Federation, with her partner, William Bauman, who works as a stagehand for IATSE. Christopher Miller (Yorktown, VA) decided to enlist in the Army, serving as a tank gunner before pursuing a career in the live events industry, married a teacher, Courtney Miller, who has a knack for touching the lives of children with autism and special needs.

There are many things that we will miss about LuAnn - her gifted storytelling, her strong intellect, and her loving heart. She could turn even the smallest event into an entertaining story and her back scratches were legendary. Her vocabulary was so good, the “hard” crosswords were too easy for her, and she knew most of the answers on Jeopardy. She looked like Mrs. Claus, with a quick smile and a mischievous twinkle to her blue eyes. Her faith in the Lord and her love for her family were always the most important things in her life.

The family will receive friends on Monday, June 27, 2022 from 9:00 AM to 10:00 AM in St. Aloysius Catholic Church, Leonardtown, MD. Where a Mass of Christian Burial will follow at 10:00 AM with Father David Beaubien officiating. She will be interred with her husband in Arlington Cemetery, Arlington, VA, at a later date.

In lieu of flowers, we chose two organizations for donations that represent who she was. St. Aloysius Church in Leonardtown, MD (SaintAloysiusChurch.org) for her deeply held Catholic faith and the Navy Wives Club (NavyWivesClubsOfAmerica.org) that supported her as a Navy wife and where she helped run their scholarship program.

Condolences may be made to the family at www.mgfh.com.